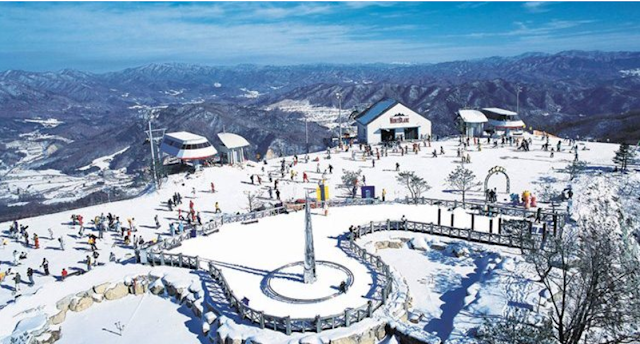 Among the best things to enjoy in wintertime, skiing and snowboarding are one of the most popular. In the temperate country and minus temperature, there is a chance to enjoy skis and snowboarding. Ski resorts are very popular in South Korea. Making ski resorts in such a way as to start with a whole new ski one can enjoy a lot more skilled people.

Resorts are equipped with modern amenities for the convenience of viewers. Most tourists visit ski resorts in Khangwon Province. Because the annual snowfall is highest in Khangwon Province and the highest number of ski resorts in 19 ski resorts in Korea.
Not saying that Ski Resort in Korea is the main attraction for foreigners and Koreans. Last year, more than 55 million Korean and foreign ski and snowboards were enjoyed in the winter. This year, due to the Winter Olympics, this year the number of tourists is expected to increase.

Most ski resorts in Korea are large in size. Beautiful scenery with resorts There is a place to travel around. Korea expatriates and those who travel in Korea in winter can enjoy skiing and snowboarding to enjoy winter holidays. We have provided 8 resort information for your travel data. 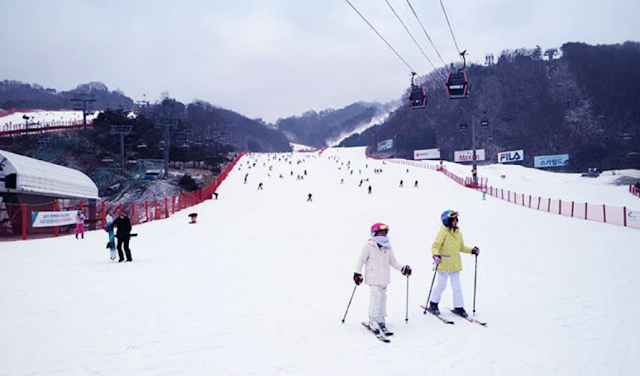 Vivaldi Park
1. Vivaldi Park
Address: 262, Hanchigol-Gil, Seo-myeon, Hongcheon-gun, Gangwon-do
Scale-ski slope-13, ski lift-3
How to go
There are free shuttle bus arrangements for foreigners. There are free shuttle buses with 35 to 40 routes in Seoul, Inchon and Khiangidoro's main metro or bus stations. Reservation must be done at least 1 to 2 days in advance. You can also go from Dongseoul bus terminal. 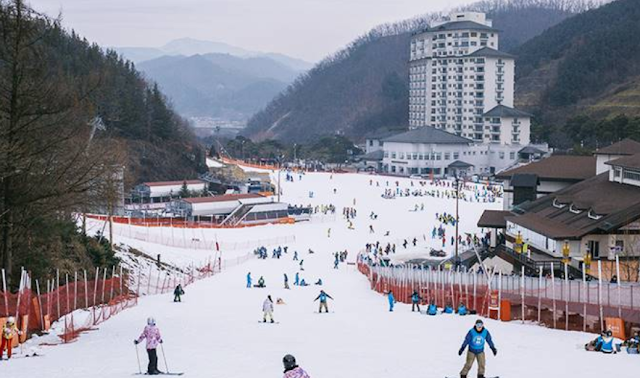 Elysian Gangchon
2. Elysian Gangchon
Address: 688 Bukhangangbyeon-Gil, Namsan-myeon, Chuncheon, Gangwon-do
Scale - Ski Slope - 10, Ski lift - 6
How to go
Go to the station 회기역 (Hooggi) at number 1 and switch to the Khongchun line (경춘) and get to the station at the Baegyang-ri Station. Or at ITX Seoul's Yongsan, Chengnyangni and Sangbong station to go to the baegyang-ri station. You can also go from Dongseoul bus terminal. 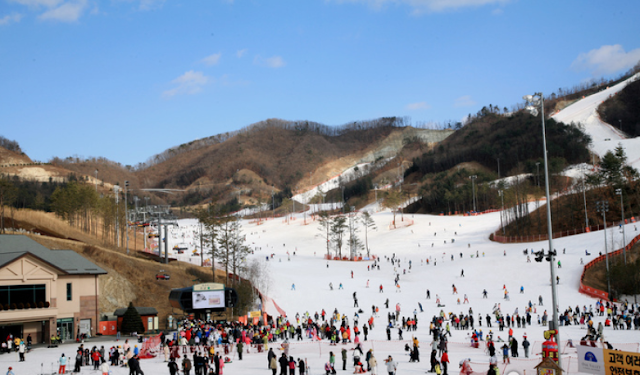 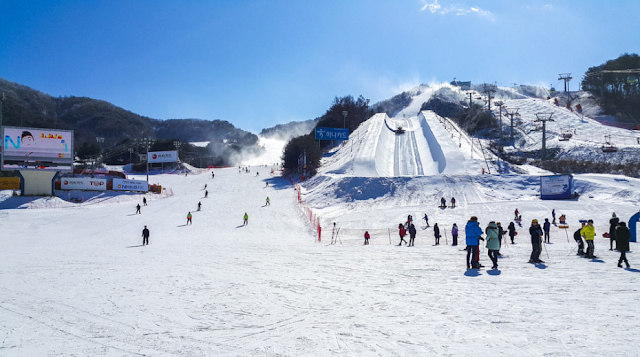 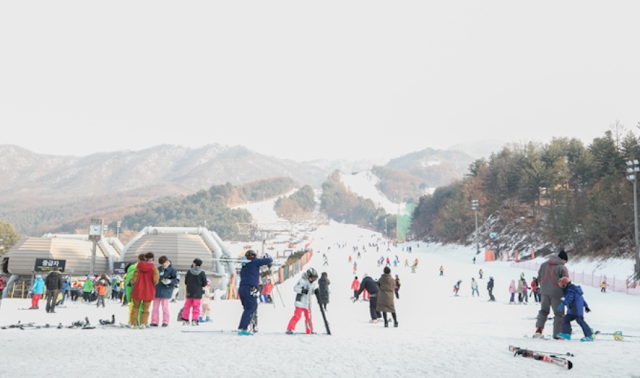 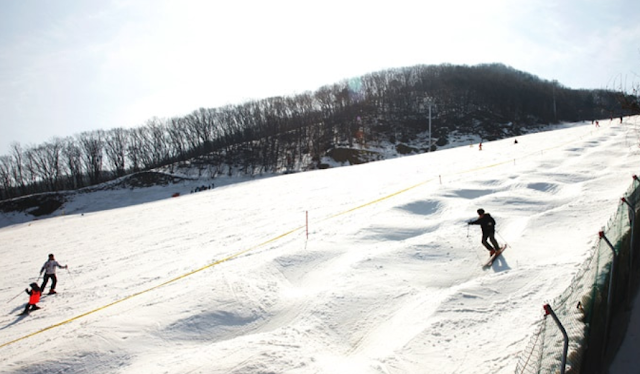 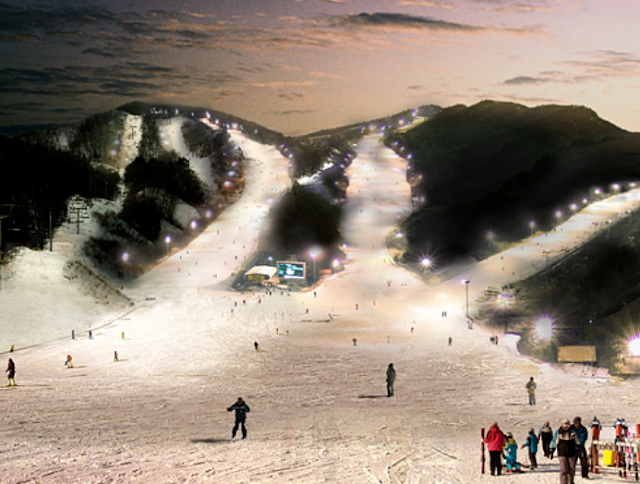 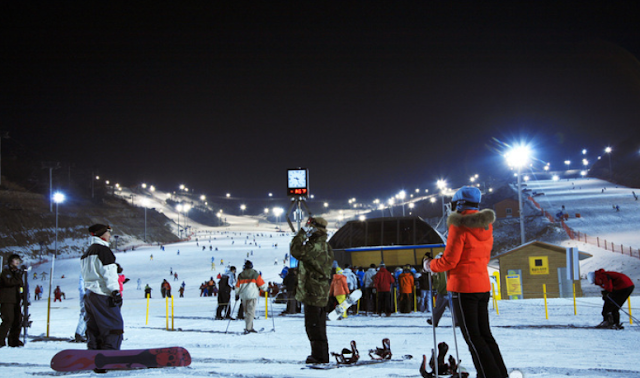